THE NEXT GENERATION’S CAROLINA TRADITION

Designed for the unforgiving waters of the North Carolina coast, the MYSTIQUE48 CC is the premier, best-in-class, sport fishing vessel that compliments the finest concepts of the region’s history-rich past with the latest in technological advances. With a “fishing first” focus, the MYSTIQUE 48 CC also appeals to the family with ample luxury, amenities, and styling.

With 100 years of combined expertise, Mystique Boatworks designers and builders have a proven track-record of constructing champion fishing vessels. The MYSTIQUE 48 CC (center console) is an extremely high-tech, composite-built boat that utilizes the latest technology and materials. It will exceed your expectations on the turbulent oceans with the power and luxury to bring you home safely and confidently. 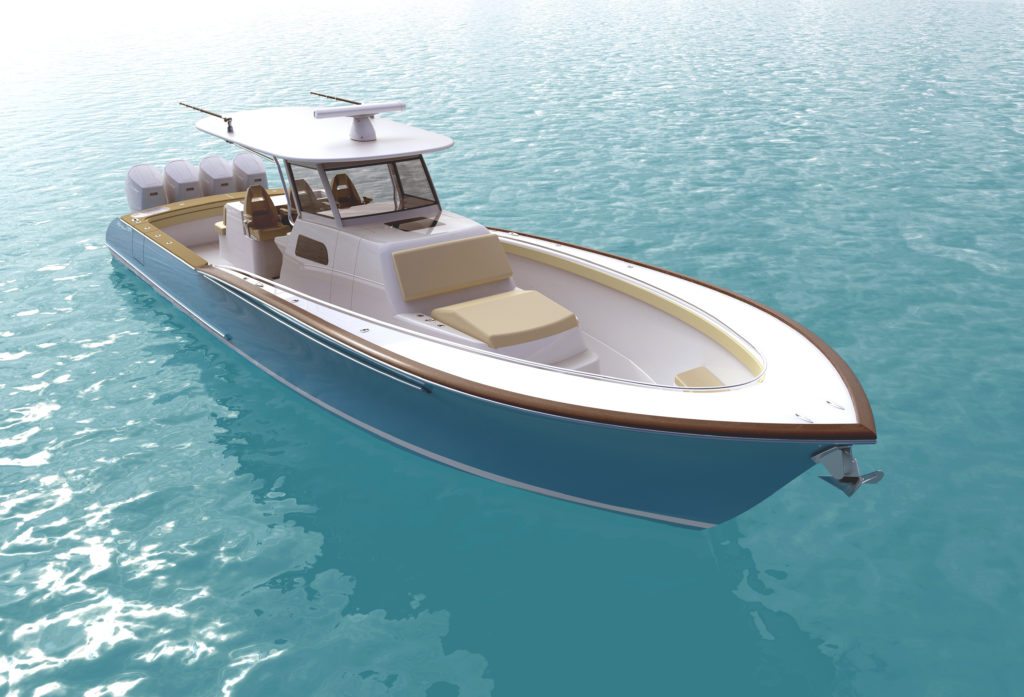 The natural, sleek lines of the MYSTIQUE 48 CC’s Carolina flair, along with the tumblehome curvature and sculpted integrated bracket with gentle turndowns are all proportionally correct, creating an artwork masterpiece. This completely unique boat, tailored to fit your needs, will make you the envy of all! 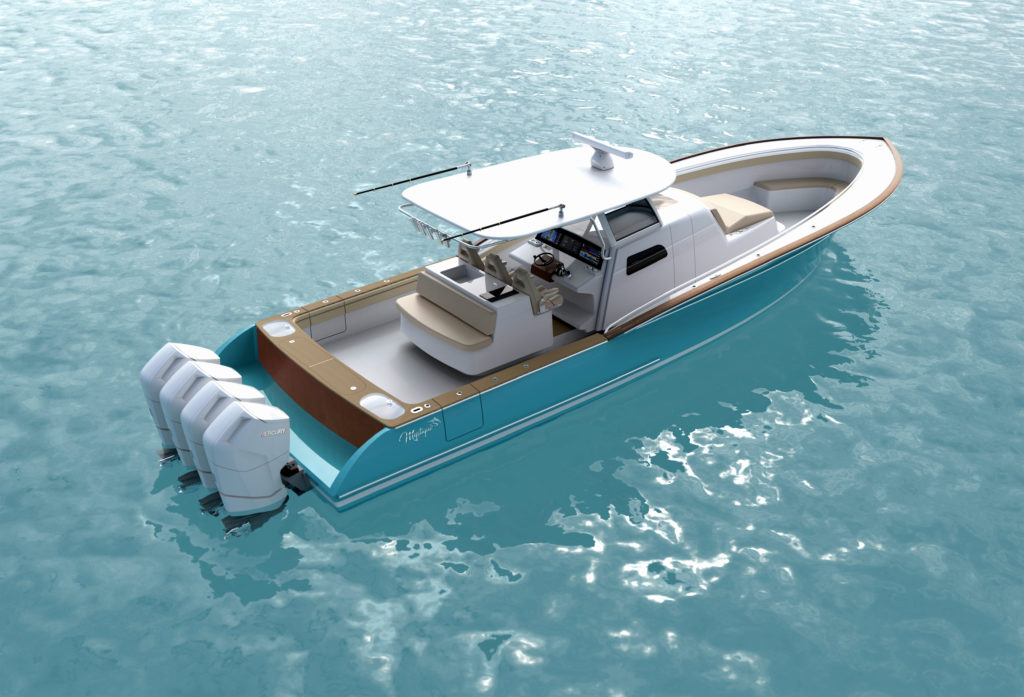 The MYSTIQUE 48 CC is a fishing boat, built for fishermen. How the angler uses the boat is imperative to our design process. We have created a premium boat that is fast enough to reach much farther fishing ground than ever before, and returns the crew safely back to the dock in comfort, and refreshed after a day on the water. 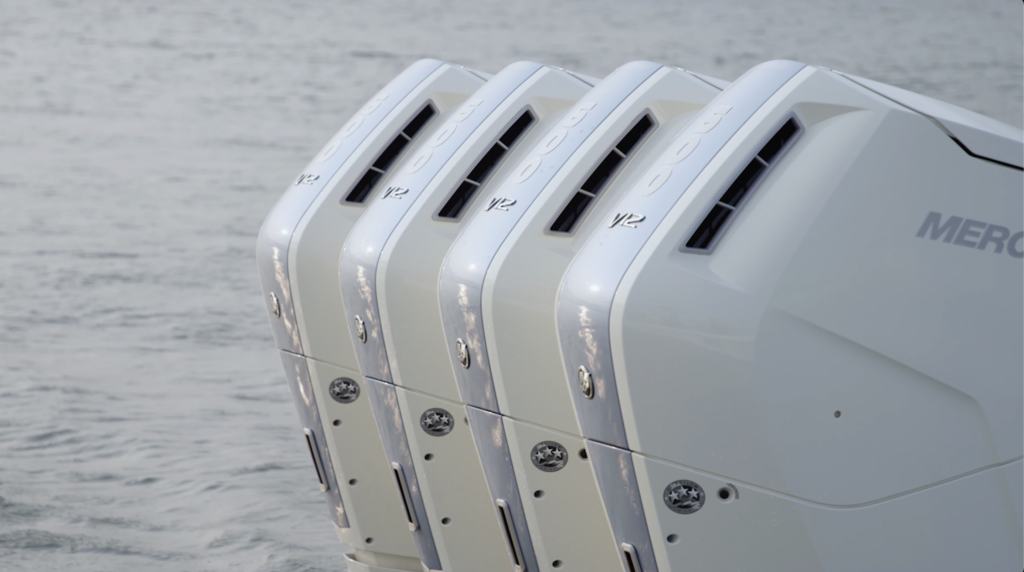 The MYSTIQUE 48 CC is in a class of its own, powered by four Mercury Marine V12 Verado 600 horsepower engines—a total of 2400 horsepower capable of propelling the craft to speeds in excess of 60 mph. The V12 is Mercury’s quietest high-horsepower engine ever built. Contra-rotating propellers maximize thrust and ease low-speed maneuvering. 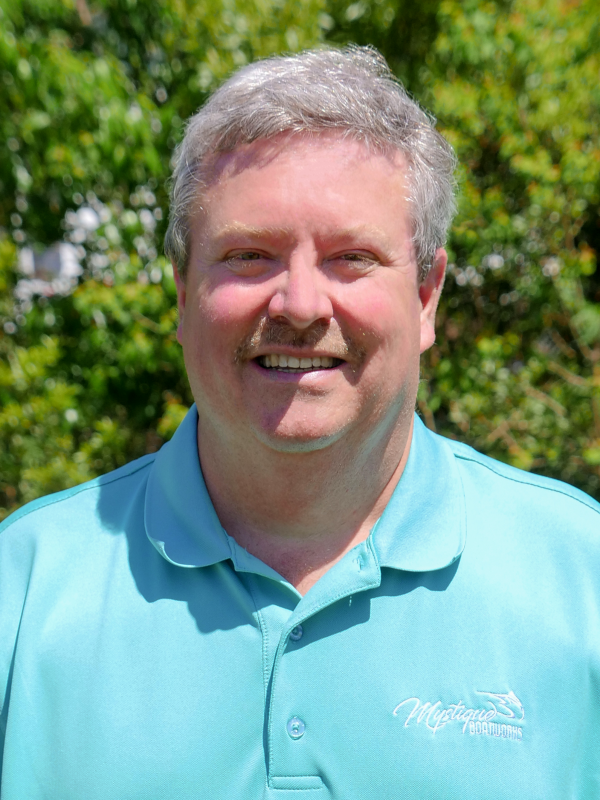 Keith Stevens serves as the President for Mystique Boatworks. Keith brings twelve years of industry experience with expertise in operations, production support, customer service, and new product launch. After completing his BS Industrial Engineering and MS Industrial Engineering degrees from North Carolina State University in 1991, Keith worked for several Fortune 500 companies before entering the marine industry. Keith served two years with International Paper, where he was employed as a Maintenance Supervisor / Process Engineer. In 1993, Keith joined IBM for eleven years, where he was employed in multiple Senior Process & Industrial Engineering Manager roles. Keith completed an MBA from Duke University in 2002, while working with IBM. In 2004, Keith went to work for two years for Danaher, as VP, Operations. Keith transitioned into the marine industry in 2006 when he joined Regulator Marine, serving eleven years as VP, Operations. In this role, Keith was responsible for the end-to-end operational teams and their performance. Keith briefly left the industry in 2012 for a 3-year stint with Amazon, where he served as a fulfillment center General Manager, before returning to Regulator Maine in 2015 in the same capacity. 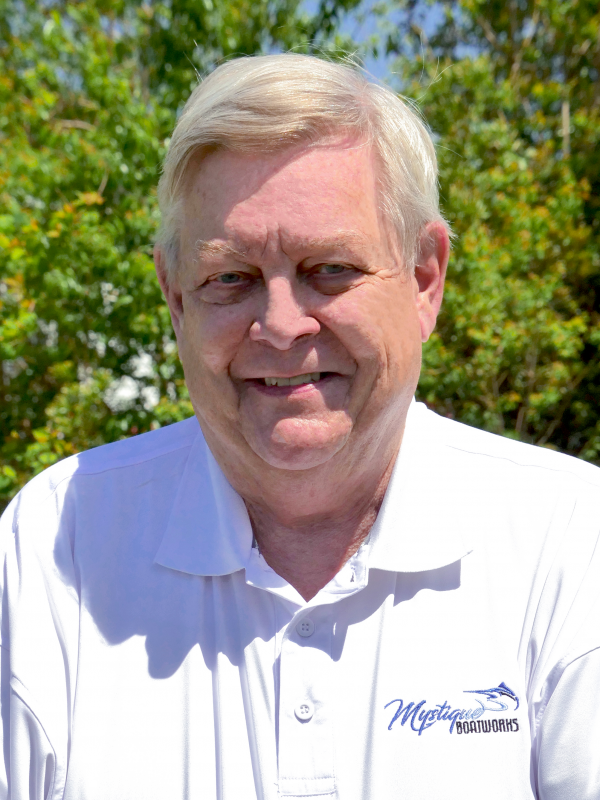 Jim Luxton serves as the Hull Designer / Construction Engineer for Mystique Boatworks. Jim brings over 45 years of industry knowledge, with expertise in all aspects of the sportfishing industry. Professionally, Jim’s first role in the marine industry was in 1976, where he served as a mate in the Morehead City, NC charter fleet. A few years later, in 1978, Jim obtained his United States Coast Guard Charter Captain license. Jim also obtained a license as a USCG 100-ton Master all US waters, in 1996. In between, Jim co-founded Jarrett Bay Boatworks in 1986, where he served as President while designing and building custom yachts up to 60 feet for both private and commercial clients. After leaving Jarrett Bay, Jim started C&L Boatworks in 2000, presiding as President for 5 years. In 2005, Jim began James V. Luxton & Associates, providing boat design, engineering, and manufacturing consultation roles for numerous other builders. Through the years, Jim developed a reputation as a change-agent in the North Carolina boat building industry for his state-of-the-art hull and boat designs as well as his manufacturing process improvements, resulting in safer, more comfortable, and more efficient hulls and boats. 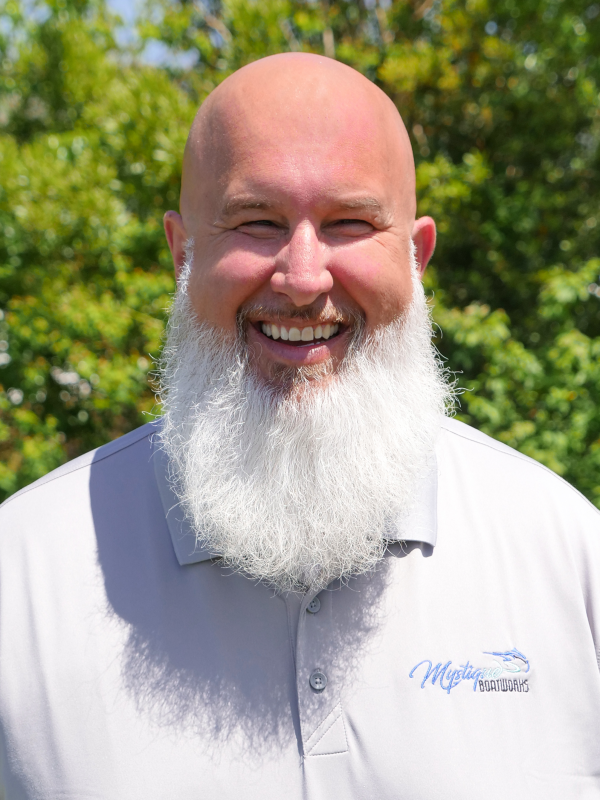 Brian Cooke serves as the VP, Engineering & Supply Chain for Mystique Boatworks. Brian brings sixteen years of industry knowledge with expertise in design engineering, engineering compliance, and production support. Brian joined Grady White in 1999, working 5 years in Product Engineering where he was responsible for shop floor documentation, customer support documents, and small part design. In 2004, Brian transitioned to World Class Catamarans for 7 years where he served as a Product Engineer before promoting to Product Development Manager. Brian left the industry in 2011 to complete his BSBA in Small Business and Entrepreneurship, and MBA, at East Carolina University. Brian served in various supply chain roles and taught management / entrepreneurship at ECU from 2012 through 2018, before returning to the marine industry. Brian joined Parks Manufacturing, LLC, makers of Blue Wave and Silver Wave products, as Supply Chain Manager in 2018, and was promoted to Director of Engineering in 2019, encompassing both brands.

The legendary builders of Mystique Boatworks have built the foundation for a new line of performance boats that will
revolutionize the large center console market.

All rights Reserved - Mystique Boatworks
Powered By H&S Marketing
We use cookies on our website to give you the most relevant experience by remembering your preferences and repeat visits. By clicking “Accept All”, you consent to the use of ALL the cookies. However, you may visit "Cookie Settings" to provide a controlled consent.
Cookie SettingsAccept All
Manage consent

This website uses cookies to improve your experience while you navigate through the website. Out of these, the cookies that are categorized as necessary are stored on your browser as they are essential for the working of basic functionalities of the website. We also use third-party cookies that help us analyze and understand how you use this website. These cookies will be stored in your browser only with your consent. You also have the option to opt-out of these cookies. But opting out of some of these cookies may affect your browsing experience.
Necessary Always Enabled
Necessary cookies are absolutely essential for the website to function properly. This category only includes cookies that ensures basic functionalities and security features of the website. These cookies do not store any personal information.
Non-necessary
Any cookies that may not be particularly necessary for the website to function and is used specifically to collect user personal data via analytics, ads, other embedded contents are termed as non-necessary cookies. It is mandatory to procure user consent prior to running these cookies on your website.
SAVE & ACCEPT